Sign up for premium membership and get access to our best quilting videos and projects. Get inspired and learn new quilting techniques and tips from friendly experts. Anytime. Anywhere.
Monthly $8.00
Annually $69.00

The Basics of Pinwheels

Once the pinwheel is complete it can be cut apart to create a completely different block. Ashley explains how to cut the block apart in several places both vertically, horizontally and even diagonally. She shows how to make sure that all of the cuts are done at the same measurements, either measured from the center seam or from the outer edges. This will ensure that all of the pieces that need to be are the same size and can be easily rearranged.

Ashley explains that it is important to make sure that the pinwheel block does not move until all of the cuts are made and gives several tips on how to do this, including how to move around your block or place your ruler if you are not able to move around your block. She then shows how to rearrange the new cut pieces of the block to create the disappearing pinwheel block. 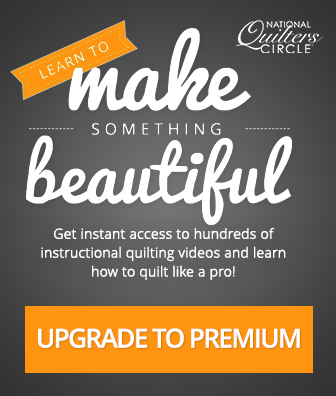